What makes a GOOD cup of coffee?

Don’t worry, I’m not about to go on a rant about brewing temperature, grind size etc – I’ll leave that up to the professionals! This article will be all about the health benefits (and detriments) of coffee.

I wholeheartedly believe that coffee can be part of a healthy diet (including those on their TTC journey!), and I think most people can manage to keep coffee in their life… UNLESS they’re using caffeine the wrong way. Let me elaborate.

Many of us have been here before – we wake up in the morning, and it’s a mammoth effort to even get our legs over the side of the bed. We stumble to the kitchen, switch on the kettle and gather up enough resources to get a coffee made – yessssss, that feels better. Now we can go about our day with energy!

You see, coffee actually contains a bunch of nutrients that can help us to feel energised, including B vitamins (especially B2, 3, and 5), magnesium and potassium.

The thing is though, that having coffee first thing in the morning on an empty stomach actually drops your blood sugar – which is not necessarily a good thing when you’ve been fasting all night. The drop in blood sugar stimulates the release of cortisol (a stress hormone) into the bloodstream. Being a stress hormone involved in the fight/flight response, this rise in cortisol can make us feel great – energised, ready for anything. However, I liken this response to being like throwing your foot down hard on the accelerator in your car without enough fuel in the tank. In time, you’ll completely burn the system out (and our parts are not as easily replaced as a car’s!).

On a personal note, I used to chug down a strong black coffee first thing in the morning, every morning. At that time in my life I was probably the most fatigued, cold and generally “bleh” as I had ever been. Changing the way I consumed coffee was a big part of my recovery from this and part of my own TTC journey! 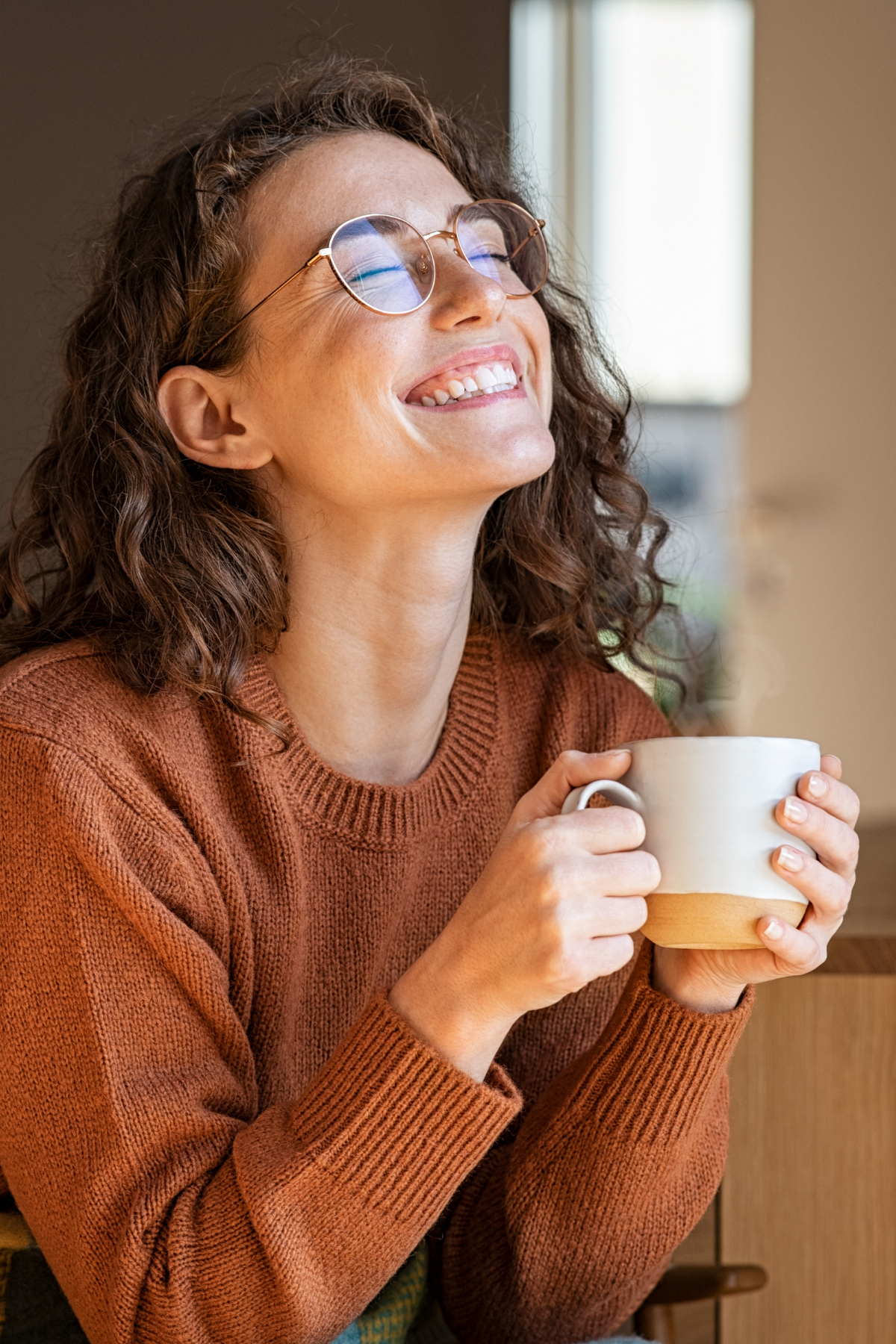 The above response produced by taking in coffee with inadequate fuel in the system comes at the expense of other bodily processes – including hormone production. Firstly, when we put our bodies in this fight/flight state, reproduction gets put on the back burner. It’s not a priority to be able to fall pregnant when we are clearly (as perceived by our body) under so much stress. Furthermore, cortisol is made via a similar pathway to progesterone – and if the body perceives it’s under stress, it will prioritise the production of cortisol over the production of progesterone. This is called the ‘cortisol steal’ and is a recipe for all sorts of luteal phase issues including early menstruation, spotting before your period, PMS and more.

Once the cortisol peak is over, blood sugar drops again – leading you to either crave more caffeine, or to crave sugar to bring your blood sugar back up again. If you are somebody who drinks coffee first thing in the morning and also struggles with sugar cravings throughout the day, you might be stuck on this rollercoaster.

The dose matters, too. When considering the below, please remember that different methods of brewing will result in different amounts of caffeine extracted from the coffee bean. For reference, a single espresso shot contains about 75mg caffeine (but keep in mind that most cafes here in Australia pour a double ristretto, which will contain about 150mg caffeine).

There is actually very little decisive research on caffeine consumption and fertility. One of the largest studies involving over 3,500 women found little difference in fertility rates (as measured by the time taken to conceive) in women consuming over 300mg caffeine compared to women consuming less than 100mg. In fact, a follow-up study found that women consuming 1-5 (5!!) cups of coffee per day had a 1.5-fold higher probability of achieving a pregnancy or live birth when going through an IUI cycle!  It’s not all good news though, as there is significant research to show that caffeine consumption of 300mg or more per day is associated with early pregnancy loss – and for this reason I encourage any of my patients who are dealing with recurrent pregnancy loss to limit their caffeine intake.

As a general rule, I think it’s safest to play safe – and if you do decided to drink coffee (and keeping in mind that black tea and chocolate also contain caffeine!), it’s best to keep your intake under 200mg per day.

From a Chinese Medicine perspective, coffee is considered therapeutic (Kastner) when consumed in small amounts (one to two cups).

Black coffee is seen as hot, bitter, and stimulating the Fire element (which includes the Heart, Pericardium, Triple Burner and Small Intestine). Coffee with added milk and sugar is more warming, sweet and nourishing to the Earth element (which includes the Spleen and Stomach). Coffee actually has a helpful effect in increasing insulin sensitivity (i.e. helps the body utilise carbohydrates), which is also a Spleen-supporting effect. Coffee is seen as warming and stimulating to mental capacities, a great detox aid but also has the potential to dry up body fluids (i.e. lead to dehydration). Coffee is most helpful in people who tend to be cold, exhausted, and suffer indigestion – but I think these helpful qualities are only really taken advantage of when we drink coffee the right way (see below).

How to include coffee in a healthful way 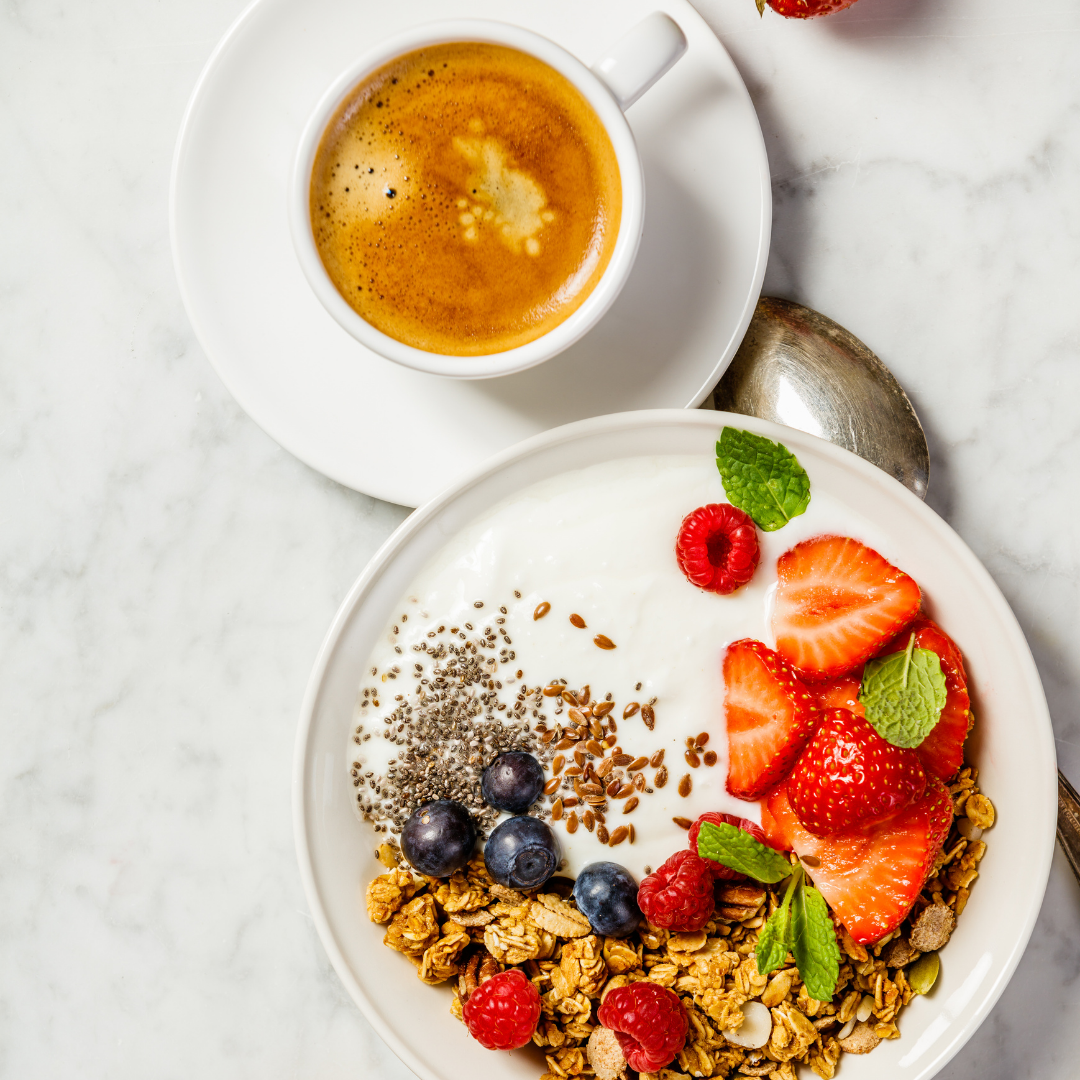 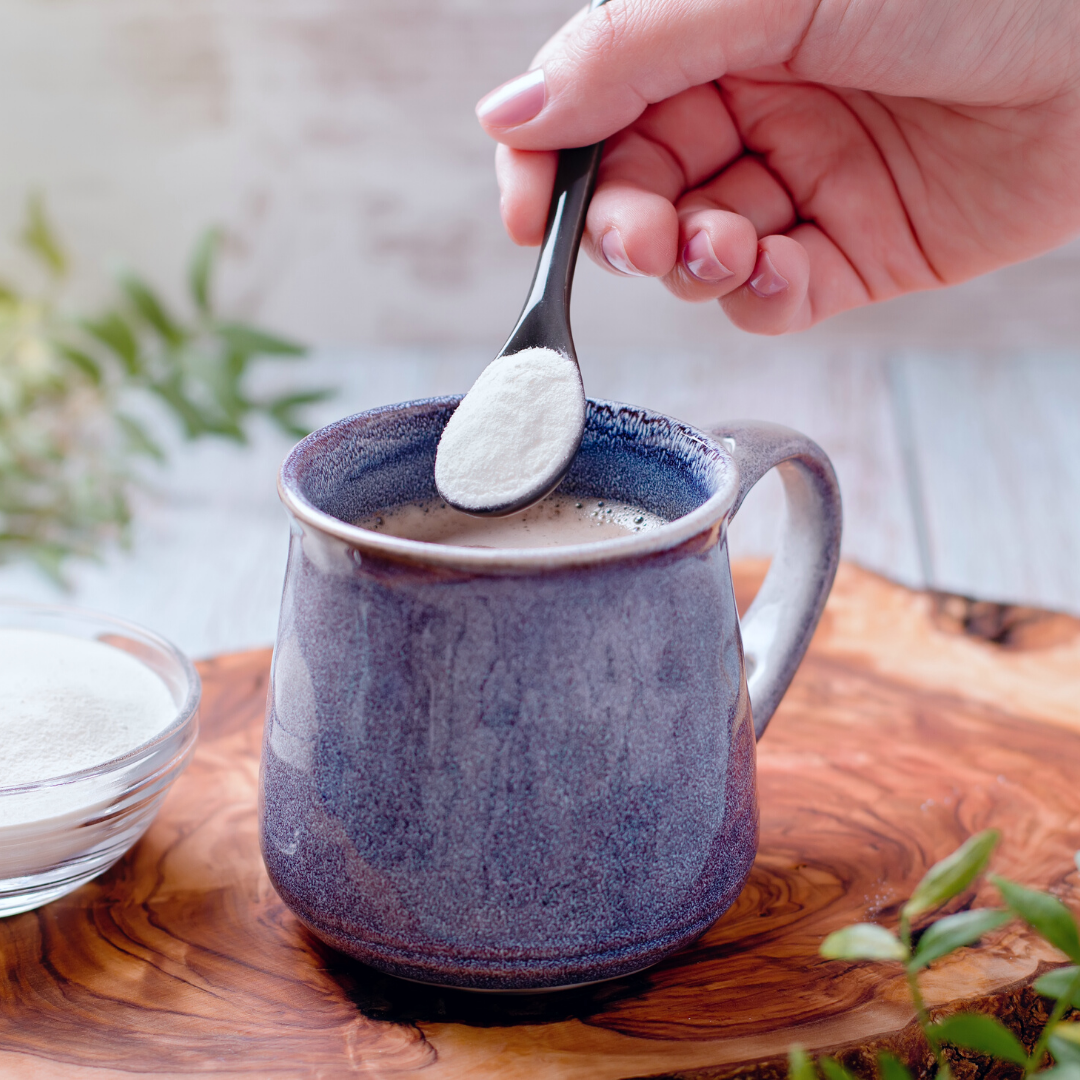 2. When you do drink coffee, drink it with milk, sugar and some sort of protein (collagen powder is my favourite!) to further lessen any negative effects on blood sugar. It will help to keep you more energised throughout the day too! 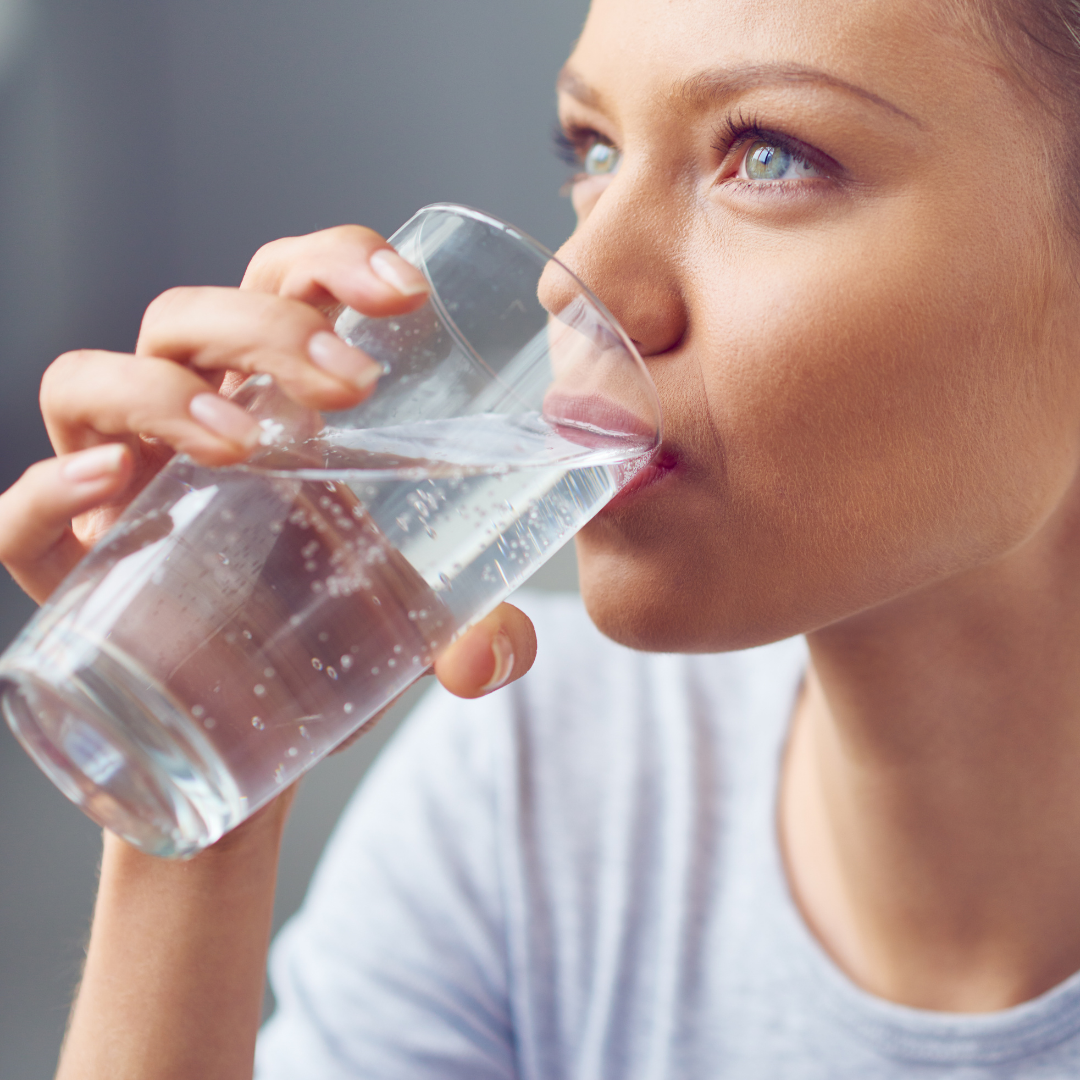 3. Consume adequate non-diuretic fluids throughout the day – including water, bone broth, coconut water, adrenal cocktails (more on these in a later post) and herbal teas. Adding in some salt and/or electrolytes will help to mitigate the dehydrating effect of coffee. 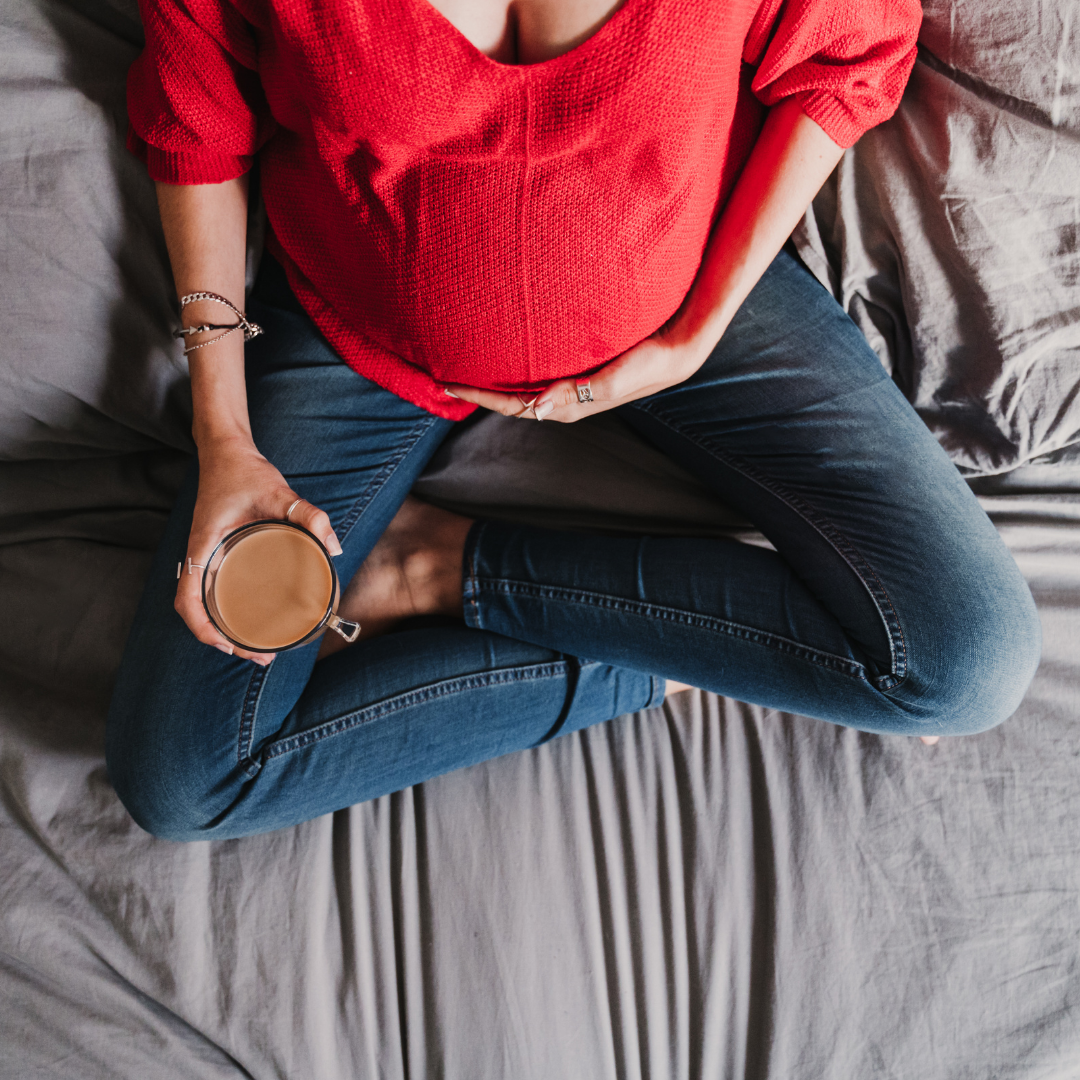 4. Limit your caffeine intake to no more than 200mg during pregnancy and TTC.

At the end of the day, it’s important to do what makes you comfortable! And if you can’t imagine your life without coffee, hopefully this helps you to understand how to make an informed decision about consuming coffee in the most supportive way for your body. 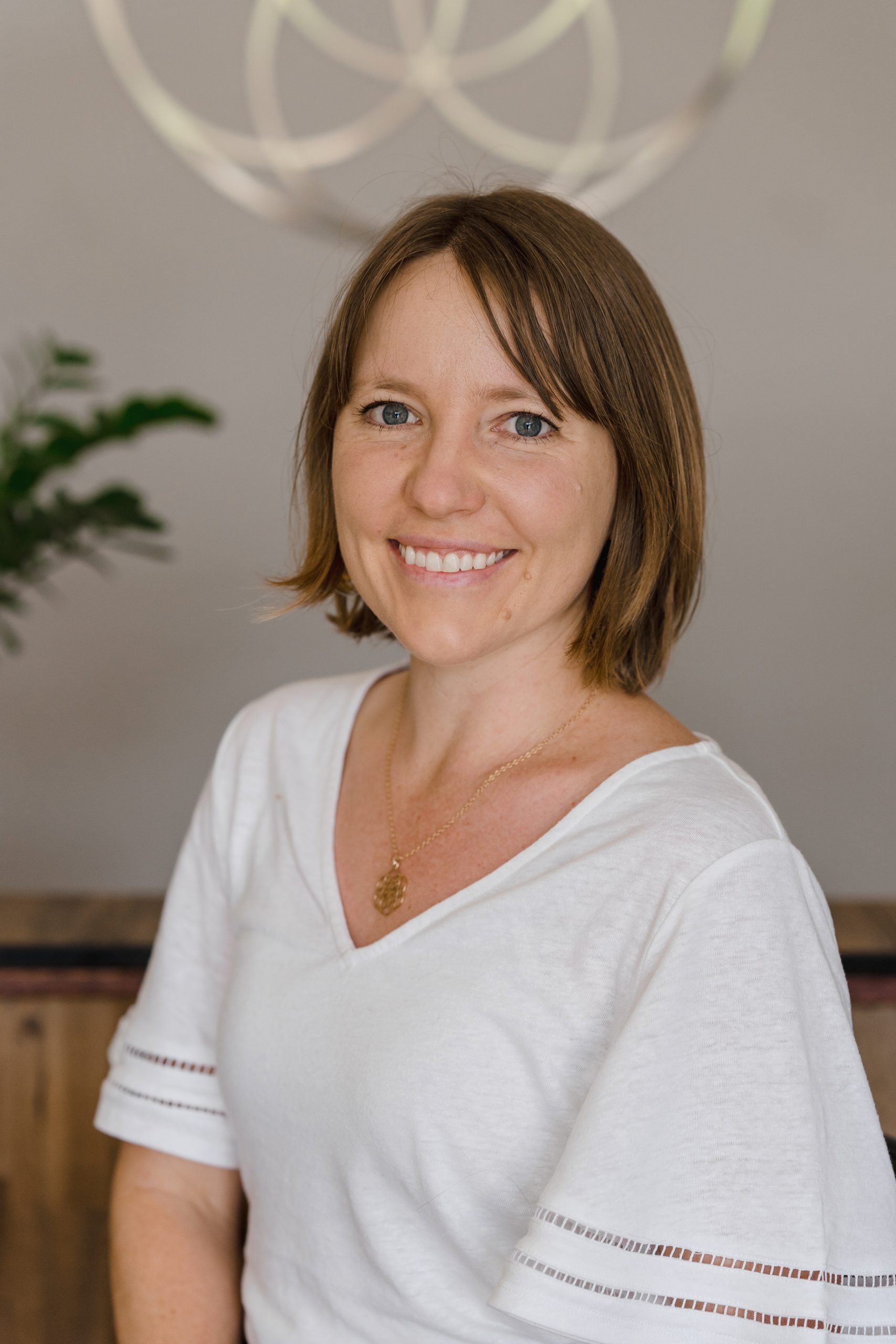 About the Author:
Dr. Grace Jones (BHSc.Acu) is the founder at Bloom Chinese Medicine. She is a passionate and nationally qualified and registered acupuncturist, with special interests in women’s health, natural fertility, pregnancy, digestive health and emotional wellness. Learn more about Grace here.

Do you have any requests or suggestions? Please let us know!

Bloom Chinese Medicine is an integrative Chinese medicine and acupuncture clinic committed to providing the best outcomes for our patients, and empowering them along their journey to optimal fertility and wellness. Centrally located in Maroochydore on the Sunshine Coast, we have visitors from local suburbs and all over Queensland.